Three-pronged anniversaries
On January 7, Ludvigs Brūniņš , born on January 7, was born in Liten Parish Cemeros, a graduate engineer and painter. The highly targeted route of his education to the profession of engineer, visiting the Liten parish school, the men's gymnasium in Pleskava, studying at the Peterpils mining institute and finally at the Free University of Latvia, Riga. 2. He went into exile during World War II and spent his future life in Eslingen, Germany. In addition to technical education, the heart-catching Ludvigs Brūniņš had painting. The newspaper “Latvia in America” writes: “In the early mornings, before the sun came up with a folding bench in his hand and a box of colors under his arm, he was seen walking in one or the other direction of Eslingen. This results in a large number of beautiful watercolors. “Participated in many exhibitions, watercolors – “sensitized and painted with taste”. Relaxing and meeting with friends was a fan of humor and quip. 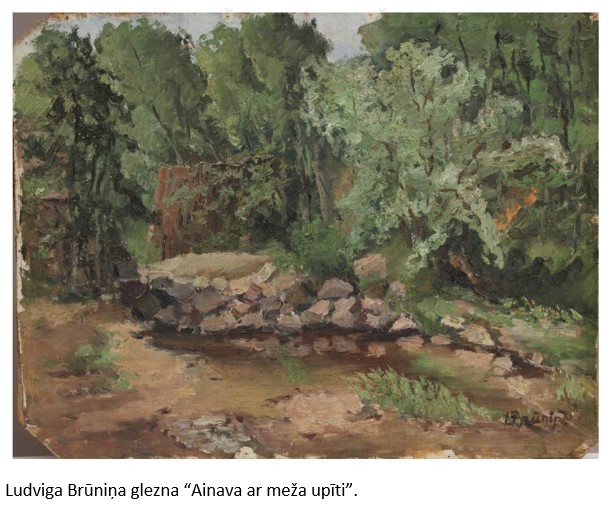 Conductor, Master Sergejs Duks, born in Baranos on 15 January 1902. Having worked energetically in musical life, managing several choirs, participating in the preparation of the Song Festival, working on Radio, creating folk lyrics.
Founded the “Dinah” singing society in 1925, bringing together young people living on the Malien side in Riga. In the years to come, valuable Latvian cappella corsong programmes have been prepared with their vocal-sounding mixed choirs. There was a regularly played choir concert organizer and a favourite conductor, including Janis Medins's expert assistant in musical designs for literary shows. She had been assistant chief conductor Paula Jozuus in the joint rehearsals of the General Song Celebration of the Latvian rural districts until she was nominated as the headmistress at many municipal song festivals.
“Dina” has been eliminated by Soviet power by chasing the conductor out of work on Radio. Having moved to his home, he had been a teacher in Littleen from 1944, organised and managed the choirs, getting the awarded places, had been the chief curator of the choirs of Gulbene District. With the local mixed choir, gained its first place in the “song wars” of the Gulbene District of 1948, 1950. But it has been unnecessary for Riga. In 1957, he moved to Smilten, where he was the director of Smiltene School of Music. Marger Zarins once acknowledged that Sergey Duk's conductor's qualities, both in gestures and temperament and musicality, were entirely comparable to Imanian Kokar.

On Jan. 24, the 145-year anniversary is to be celebrated by the writer, publisher Rudolfam Knokem, who comes from the Luzum Parish Picklavas. Trained at Luzum Parish School. Future life is linked to Peterburg, where he has been trained and working as a working man (a civil servant – nowadays). In 1902, he issued “The Leader of St. Petersburg” with a map and drawings that would be seen as a guide today. A total of 10 Latvian books – practical literature and stories – have been published in St. Petersburg. Knoke has written a historical play called “The Beautiful of Aluksne” which has been hosted in St. Petersburg, but has been severely criticised by Rudolf Blauman.

Photos:
Ludvigs Brūniņš  painting of “The Landscape With the Forest River.”
Conductor Sergejs Duks.
The cover of R. Knoke's “The Leader of St. Petersburg.”