In the first half of August, journalist and writer Ināra Vērzemnieks , who is well-known in the USA, visited Gulbene region, received several awards for fiction and documentary reporting, as well as was a finalist in the Pulitzer Prize in journalism. She has received the Anšlavs Eglītis and Veronika Janelsiņa Foundation Prize in Literature, which is awarded to Latvian writers and artists living abroad.

Ināra Vērzemnieks was born in America and spent her childhood with her grandmother, listening to her stories about Latvia, her sister Ausma and her family home. Ināra has wanted to become a journalist since she was a child and achieved her goal. However, journalists are used to writing stories about others, not about themselves or their families. In 2009, she turned to documentary writing and came to Latvia to meet her grandmother's sister. It was a deep experience, and Inara realized that she wanted to write a story for her family. Initially, her intention was to research and interview using a journalistic approach, but she soon realized that it would not be appropriate in this case - it was painful for people who had experienced tragic events to talk about them. The way to overcome this trauma is to live in the present and focus on the present. Ināra devoted five years to research - little by little, when she came to visit in the summers and was next door, doing daily work together, she managed to find out what Ausma had experienced. The book summarizes the stories of Livija and Ausma, as well as the stories of Latvia, because the history of every family is inconceivable without the history of the country.

Researching the fate of his family, I. Vērzemnieks has written a book “Among the Living and the Dead” . The author tells about the suffering of her family in the years of the Second World War and the post-war period, when the family who had to leave their native house "Lembi" in Jaungulbene parish was divided. Her first book, Among the Living and the Dead, is notable not only as an outstanding literary work recognized in leading American and British publications such as The New York Times, The Washington Post, and The Guardian, but also as a serious book that reveals many nuances of Latvian culture and history in a way that is understandable and engaging for English-speaking readers.

Ināra's grandmother Livija went to Germany in 1944, a couple of days before the fall of Riga, with two young children, the youngest of whom - Ināra's father - was only three weeks old. The author was deeply impressed when the research revealed that the grandmother had been traveling with the children for 9 months. In Germany, Livija met a man, a legion officer, who was released from captivity. In 1951, Livija and her family moved to Tacoma, Washington, USA. On the other hand, Grandma's sister Ausma was deported in 1949 and arrived in Siberia, near Tomsk, from where she returned to Latvia in 1956. For fifty years, the sisters knew nothing about each other.

On August 8, Ināra Vērzemnieks led a seminar in English for young people on creative non-fiction writing at the Gulbene Regional Library. She is an assistant professor at the University of Iowa in the US Documentary Prose Writing Program. On August 9, the author visited the libraries of Tirza and Litene parishes and the library of Gulbene region, where he met with readers in a cordial atmosphere, telling about himself and his book, immersing himself in the stories of memories, finding common acquaintances, recognizing places and listening to each other. In Litene, the writer also visited the summer camp site of the Army of the Republic of Latvia and the memorial site "Wall of Pain".

The book “Among the Living and the Dead” (in English) will be available to readers in Gulbene County Library in September. It is being translated into French and will be published in France next year. We are waiting for the book to be published in Latvian and we will be glad to see Ināra with us again! Thanks to the US Embassy in Latvia for cooperation! 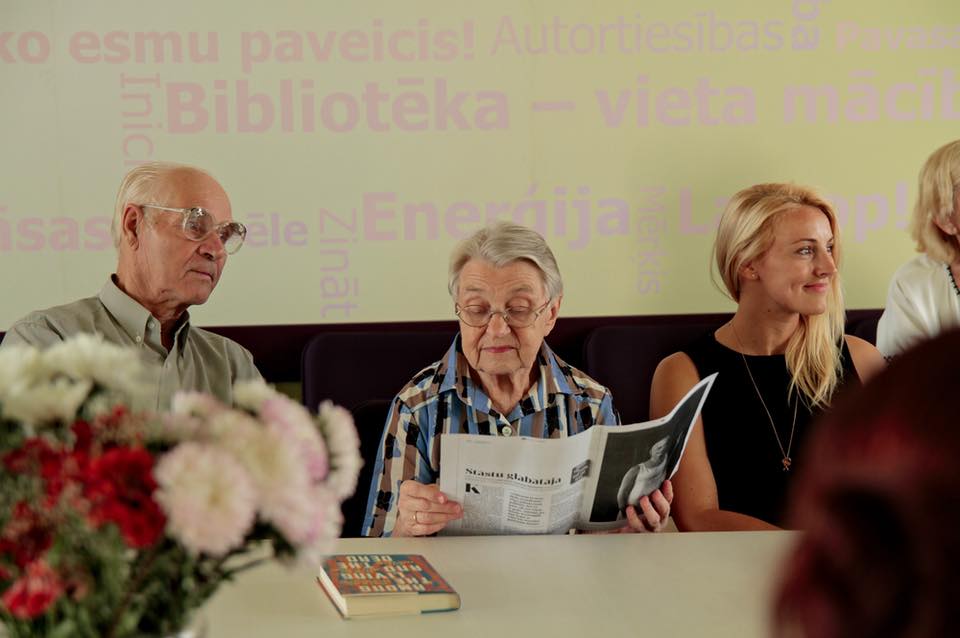 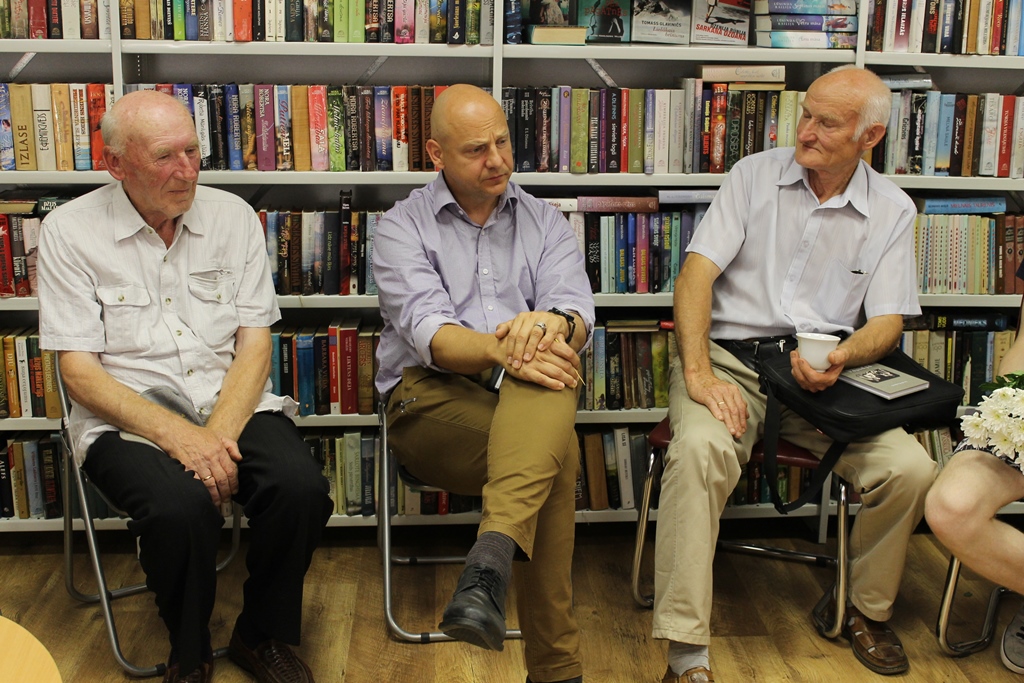 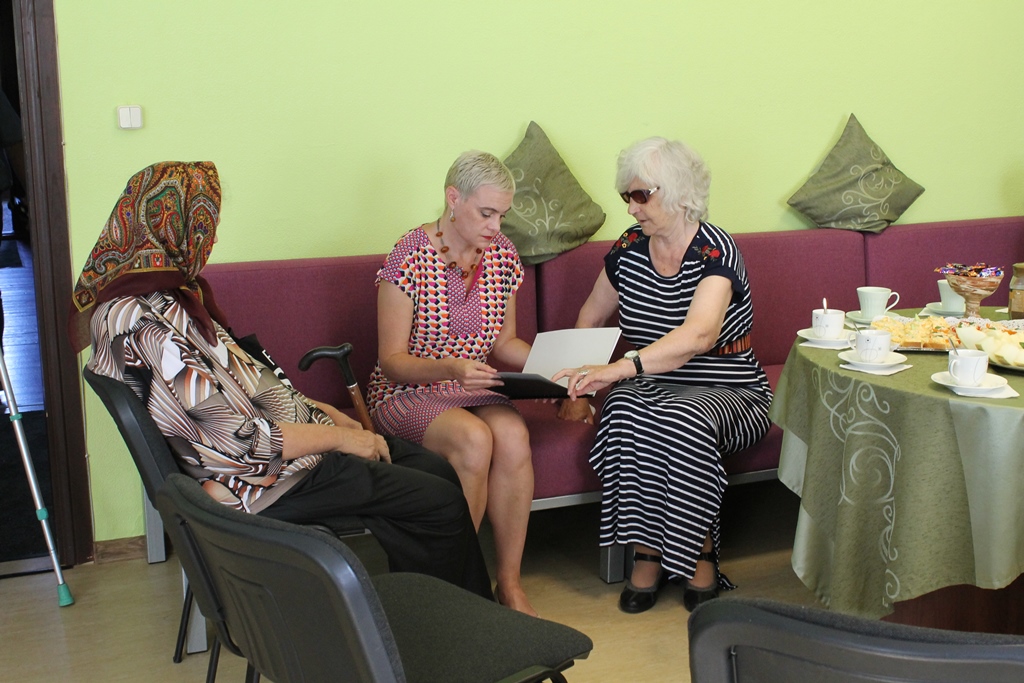