Solvita Lībere, the head of the Children's Library of the Gulbene Regional Library, has received the Voldemārs Caune Award "Librarian of the Year in Work with Children and Youth" this year!

In 2007, celebrating the 230th anniversary of Liepāja Central Scientific Library and the 60th anniversary of the children's library, as well as honoring Voldemārs Caune's great contribution to the establishment of the children's library, LCZB established an annual award for librarians who more convincingly, actively and successfully promote the new generation. motivating children and young people to read, learn and develop more creatively. The competition for the Prize was organized by the Liepāja Central Scientific Library.

Solvita Lībere has been working in the Children's Library of Gulbene Region Library for 31 years. Describing him, the key words are - energetic, talkative, full of ideas, with a strong opinion, bringing dynamics to the collective. Solvita has a qualification as a psychologist's assistant, which explains her ability to become friends with children. Children and young people are always gathered around them by talking and listening to them easily.

Solvita has put a lot of work and ideas into making the Children's Library a friendly and supportive environment for children of all ages and their parents. She organizes library work in such a way as to involve children and young people in activities, to stimulate their curiosity.

2019 has been rich in various events. A total of 130 events have taken place for new readers. Three new, innovative activities have been created, the initiator and main implementer of which is S. Lībere:

The staff of Gulbene County Library is heartily happy with the high rating of Solvita! 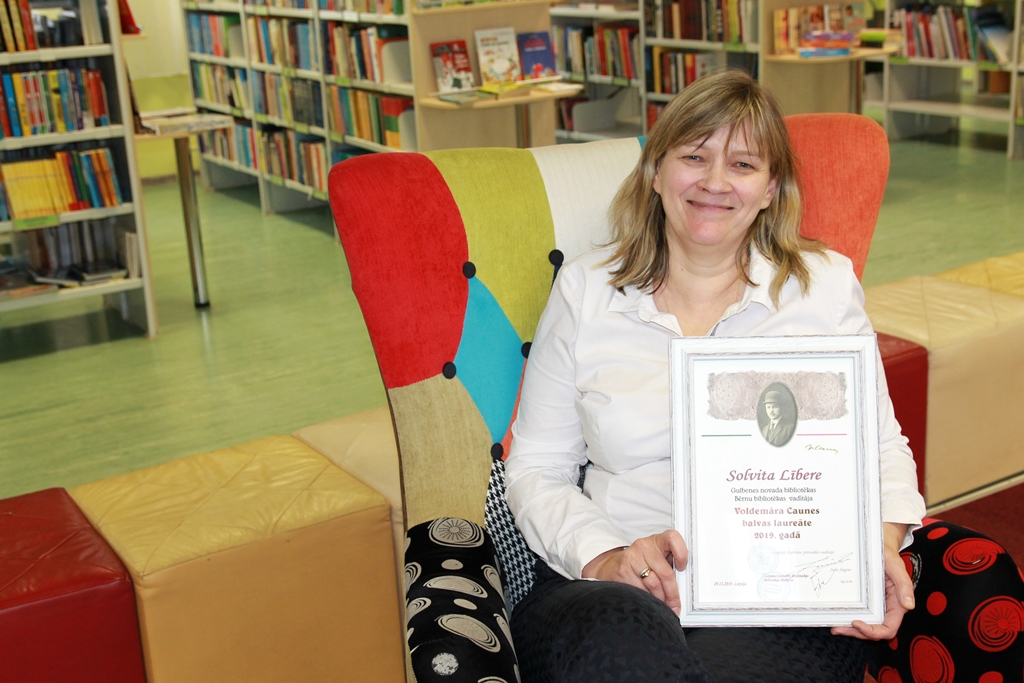