Conversation cycle "On both sides" in Gulbene district library

The cycle of conversations “On Both Sides” invited various Latvian writers to visit the Gulbene Regional Library, who are united by the fact that the texts are created for both adult and children's audiences. 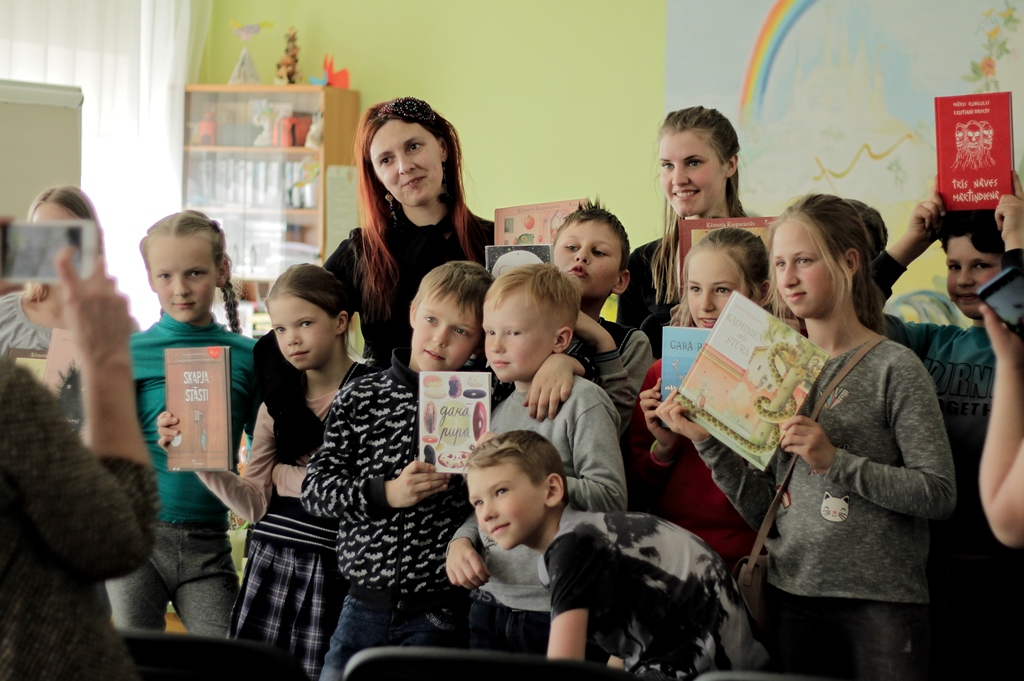 The first in this cycle was the poet and translator Indra Brūvere - Daruliene. Indra writes poetry and translates contemporary Lithuanian authors - both poetry, prose and drama, and, of course, works for children. Readers' attention was drawn to the voluminous collection "Brewers in Brewery" published last year, where the authors of the poems are three - the outstanding master of the name Pēters Brūveris and his daughters - twin sisters Zane Brūvere - Kvēpa and Indra Brūvere - Daruliene. During Indra's meeting, there were many funny and interesting events from her life that turned into poems. 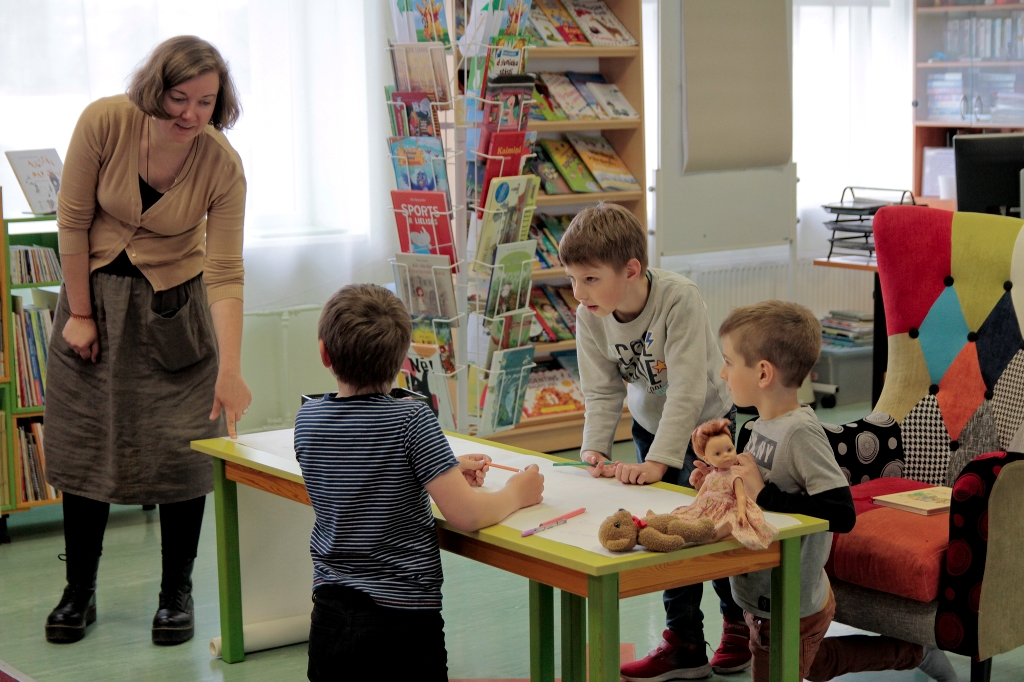 In May, the writer and folklore researcher Sanita Reinson, who is a researcher of Latvian folklore, life stories and digital humanities, a leading researcher at the Institute of Literature, Folklore and Art of the University of Latvia, the head of the Digital Humanities Group, and a writer of children's literature, met with readers of Gulbene County Library in two auditoriums. The book “Daughters of the Forest: 12 Women for Life at Home, in the Forest, in Prison” received special attention among readers, based on which a performance was created at the Valmiera Drama Theater. The adult audience had many questions about this tragic page in the history of Latvia.

In 2016, she made her debut in children's literature with the book “Kus mul patarei! How Estonian dolls fled to Latvia ”. Especially for the conversation with the children, Sanita had brought her childhood toys, which had served as the basis for this children's book. 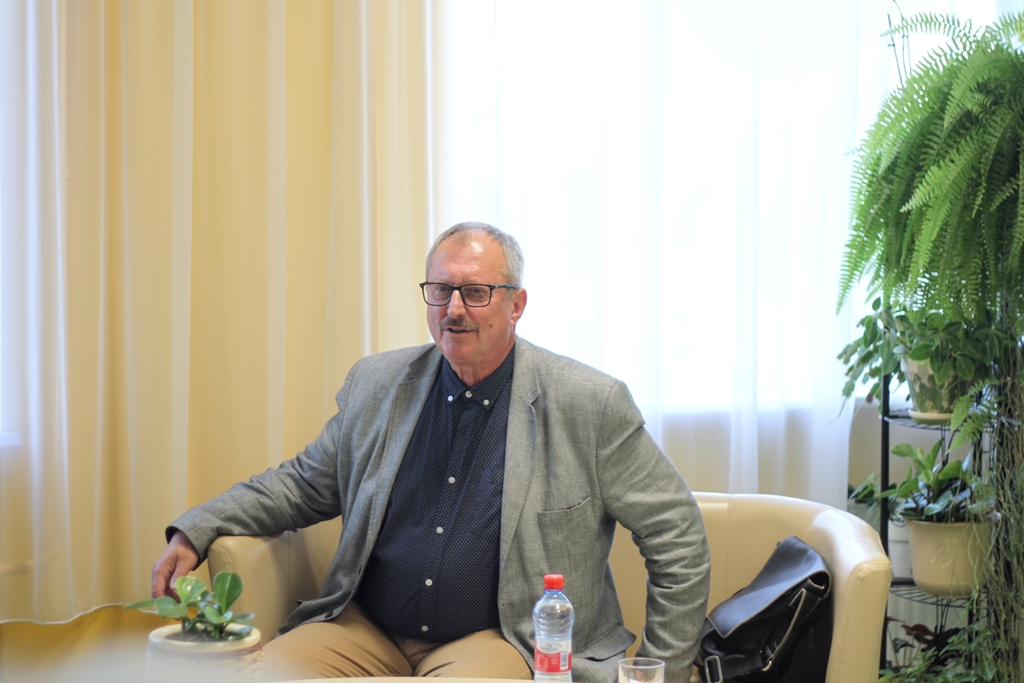 In September, writer and publicist Aivars Kļavis came to the meeting at Gulbene County Library. A. Klavis has been involved in journalism and agriculture. Worked in the editions "Liesma", "In the Name of the Law" ''40 +' '. About 1,500 publications in newspapers, magazines and electronic media. He has written many stories. The conversation about the historical trilogy “The Road to the Unknown Land” in three parts was interesting for both teenagers and older readers. The author fascinatedly shared his memories of the book-making process, of the conversations with the students who were first asked to read the work.

In October, Ilmārs Šlāpins (1968), a Latvian publicist, philosopher, translator, playwright, poet and world music DJ, was invited to the meeting. Published in the largest Latvian newspapers, was the editor-in-chief of the online magazine satori.lv. He has earned the most attention with his poems. The latest edition of "I Don't Know Commas" is especially popular with teenagers. Poems from this collection were also sung during the meeting. 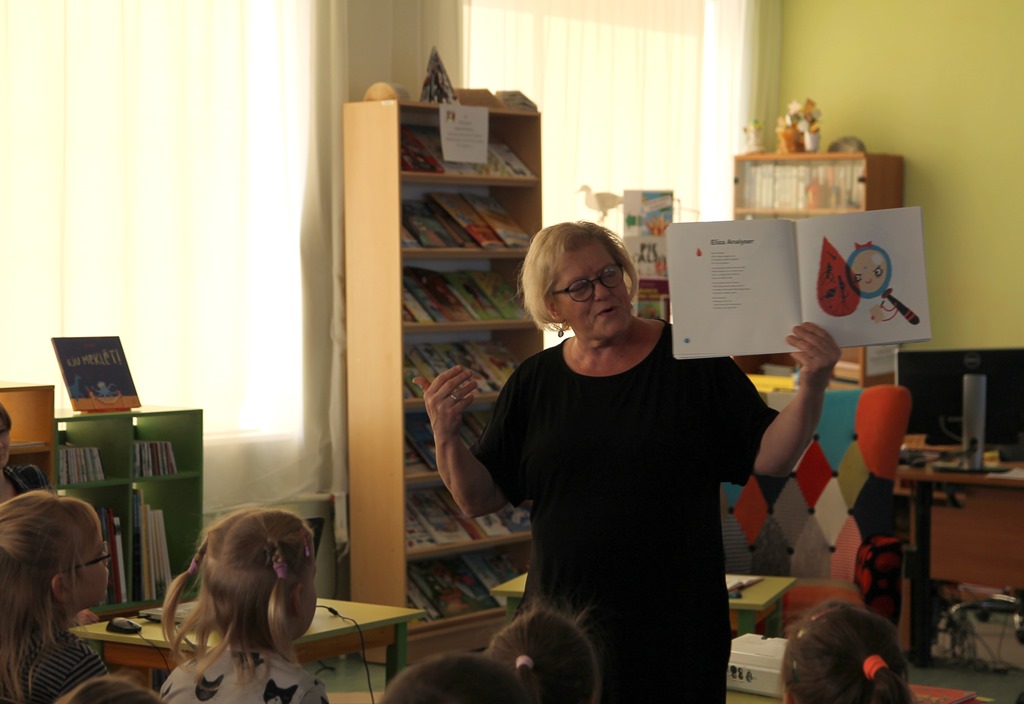 Just in November , the interested people met with the poet, publicist and publisher Ines Zander. During her career, she worked in the newspapers "Diena", "Pionieris", as well as in the magazine "Rīgas Laiks. The poet is known for her poetry and plays dedicated to children. Inese Zandere's texts are musical productions and performances, programs for children, received the highest state award for contribution to literature - the Order of the Three Stars (2008), and on October 17, 2018, received a letter of commendation from the Ministry of Culture of the Republic of Latvia for his outstanding contribution to Latvian literature and children's development.

During a meeting with children in Gulbene, the writer told about her two collections of poems dedicated to children's injuries. It was interesting to learn that these two collections of poems were created thanks to Latvian doctors, who asked to tell children in an interesting form about the consequences of carelessness and recklessness. The first book, Lize Analysis, has been translated into many other languages. In turn, it was interesting for adult readers to learn how to publish children's books, how to choose them, as well as to listen to the poet's latest works.

On December 11, poet and writer Andra Manfelde is invited to a meeting. The writer was noticed in 2005 when the novel "Adata" was published, which depicts a young girl's drug addiction, which is partly autobiographical. The show's most popular song, "If You Are Me," won the Copyright Infinity Award, and in recent years she has also focused on writing children's books.

The project / conversation cycle “On Both Sides” is interesting in that it turns out that there are enough writers in Latvia who are able to write compellingly for these two seemingly different audiences - both children and adults. By inviting these writers to meetings, we hope to attract parents and vice versa through children's interest in literature. The authors addressed are very diverse, their works appeal to different audiences of children and adults, and they themselves represent different generations.

The project is financially supported by the State Culture Capital Fund.