After graduating from Madona Gymnasium in 1942, he began studying Germanic philology at the University of Latvia. Already a year and a half later he was drafted into the Latvian Legion. Appointed an interpreter at the Army Chancellery. At the end of the war he was taken prisoner by the English, from whom he soon escaped.

To improve his financial situation, he enrolled again at the University of Hamburg, this time studying medicine. He worked as a doctor at the Elim Lutheran Hospital, where he worked until his retirement. He was a chief physician in the internal medicine department, also a staff doctor, well-known and popular with patients.

A. Gāters has used every free moment to research the Latvian language and literature. He has done a lot during his bad life (65 years).

He has written on issues of comparative and Baltic linguistics, Latvian language and literature in German, Italian and Belgian special journals, and has managed the Department of Baltic Linguistics in the international bibliographic journal "Onoma" published in Belgium. He has written about Latvian language and literature in several new editions of the Brockhaus Encyclopedia, as well as the lexicons "Die Weltliteratur" ("World Literature", Vienna), "Kindlers Literaturlexikon" ("Kindler Literary Lexicon", Zurich), etc. Published the book "Die lettische Sprache und ihre Dialekte" ("Latvian Language and Its Dialects", 1977).

In 1993, a manuscript "Lettische Syntax. Die Dainas" (Latvian Song Syntax) was written. In 2000, the collection "Reflections on Latvian Exile Writers" was published. A selection of his Latvian short stories in German remains in the manuscript.

In May 1959, he participated as a 2nd opponent in Stockholm in the defense of Velta Rūķe-Draviņa's doctoral dissertation.

Although he lived in exile in Germany for most of his life, Latvia has always been in his heart. While retaining Latvian citizenship, a non-German citizen was not allowed to work as a teacher in German schools or as a doctor in the army.

A. Gāters wrote the first letter to his parents and sister from Germany in 1953. In the following, he often wrote to Latvia, sent sight cards from places he visited.

Died on July 2, 1986 in Hamburg, Germany, buried in the old cemetery in Nindorf. In 2006 he was reburied in Stāmeriena cemetery.

From the letters of Alfred Gater:

"Oh, God, when I went to bed, I walked through the fields of Riekstiņi. And then I thought I was walking away from the station, that I remember or every tree on the side of the road. Along the edge of the paddock, over the bridge, and then to the barn, wells and manure. And already in the yard. And then I stand and listen, bowing my head with my hat, because I don't have a student's hat anymore.

I'm listening to the dog get in and my mom comes to get me - my missing boy. You see, that's how I'm going to come home one day. And then we'll peel the potatoes for delicious soup, which my mother will cook for lunch. And we will speak without sorrow and laugh like in the old days. But Sarmīte [goddaughter] we will send to high schools, that is, if she likes. But if not, no. ” Of November 1957

"… Just mom, keep up! Indeed, she has always been a force for me that has allowed me to stay afloat many times when I should actually sink. And because of her, I will be a doctor now, so she will never have to seek other help, so I will always be with her.

In my memories, in spite of all the faint pictures, you live the way I left you that winter day when the priest took me to Gulbene. There was a lot of snow. The horse was already starting to go when my mother ran a few more steps to plug the sledge on my side. And then she stood in the courtyard. Annina [her sister] drove to the frozen chestnut side of the highway and then walked back. Before we drove down the slopes of Magazine, I looked back at home, in the deep snow and wind, as Anniņa was on her way back and her mother was still around the corner. ” Of December 1957

"Yes, I still wanted to thank you and Dad for sending me to high schools. Without them, I would be broke, poor, hungry and through. It's your job, if I do well now, just yours. ” (December 1955). 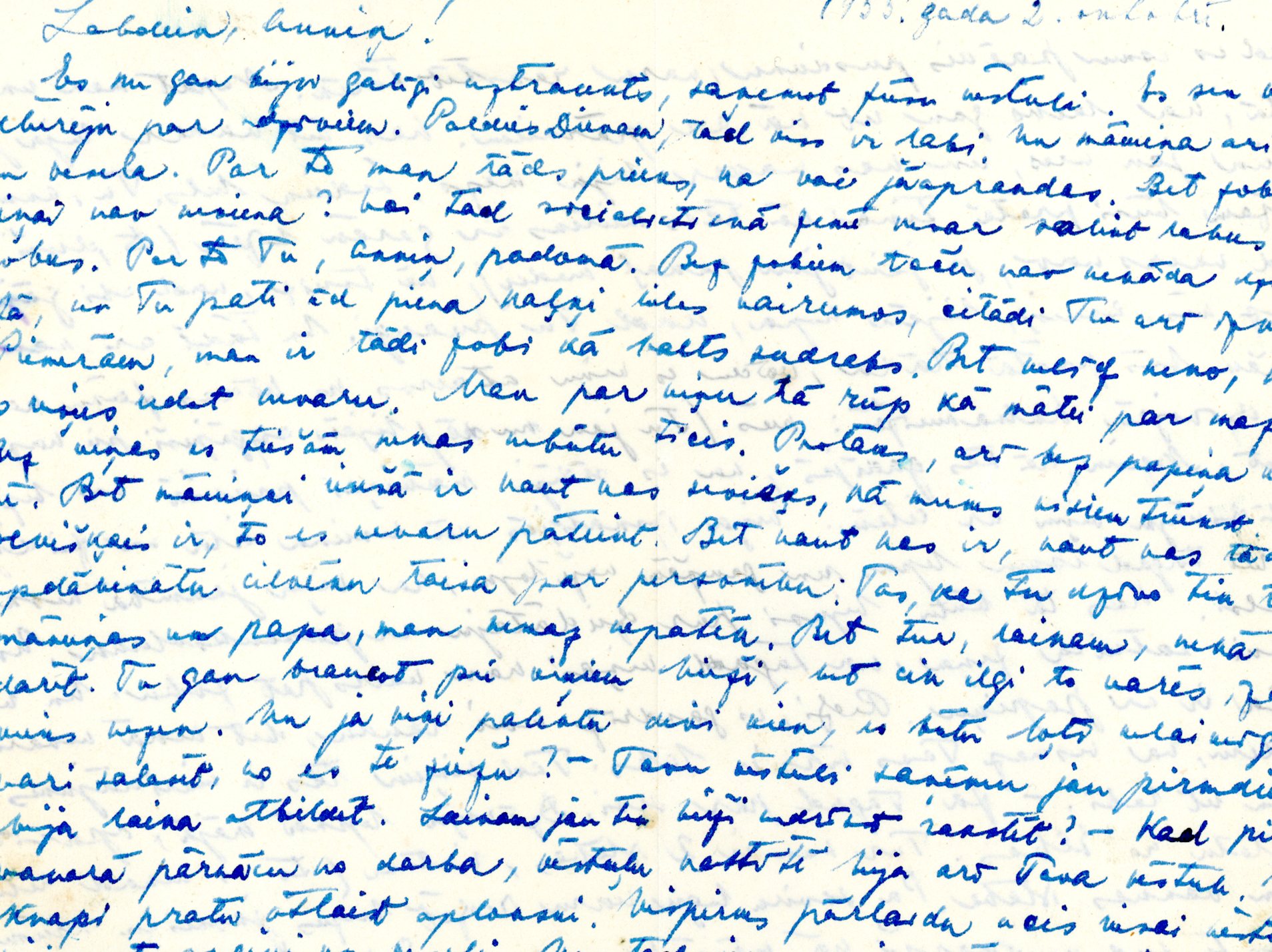 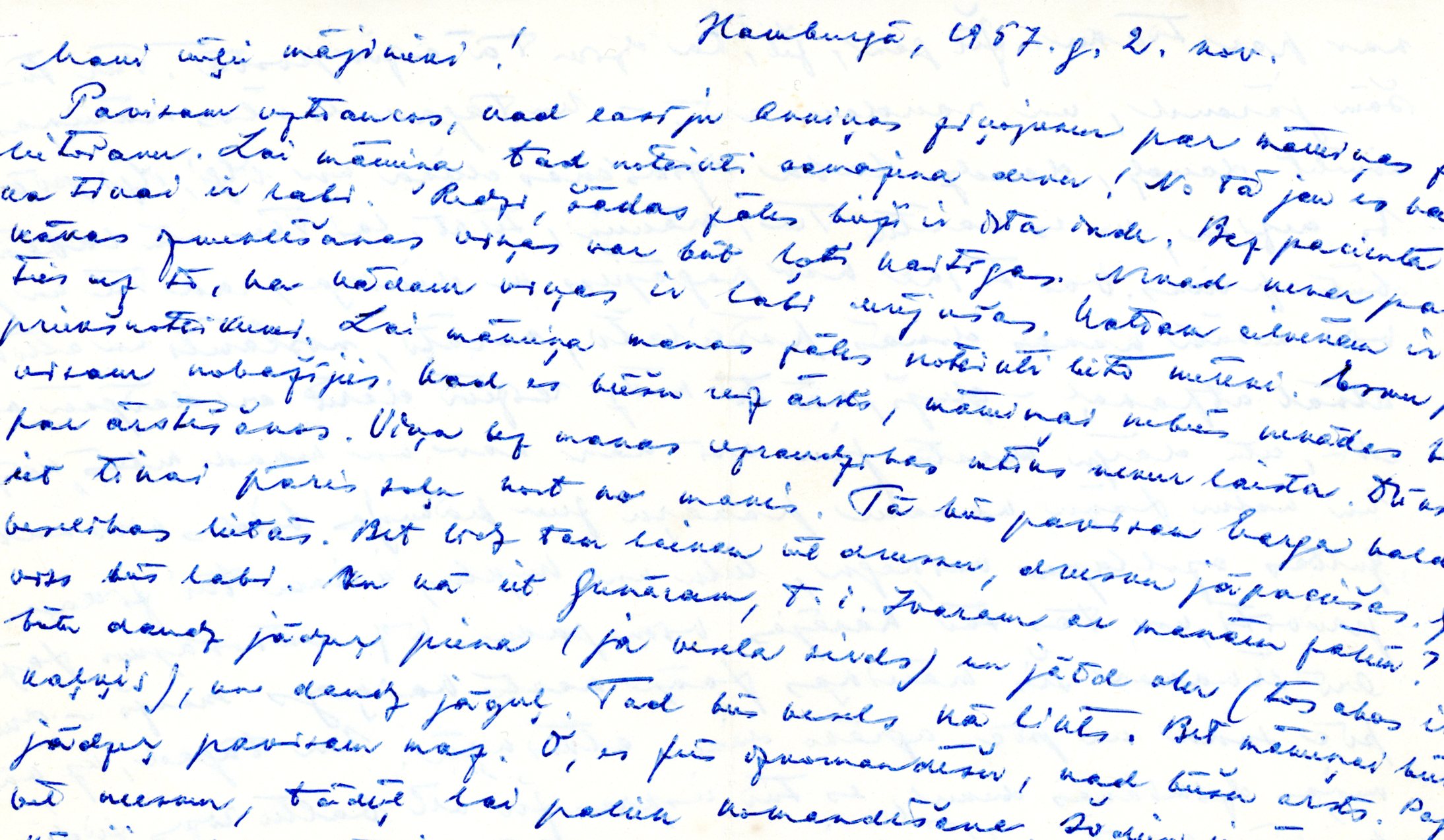 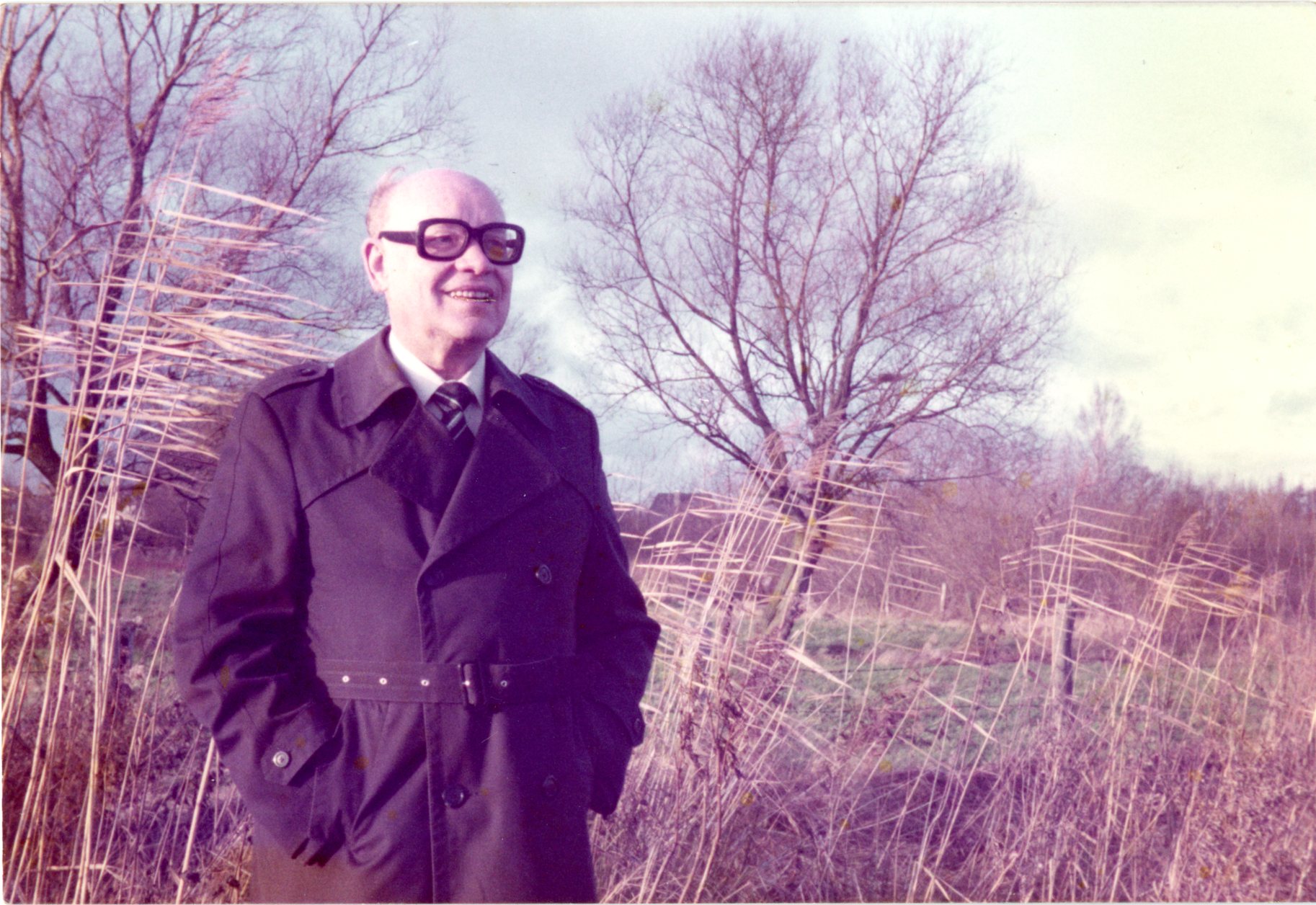 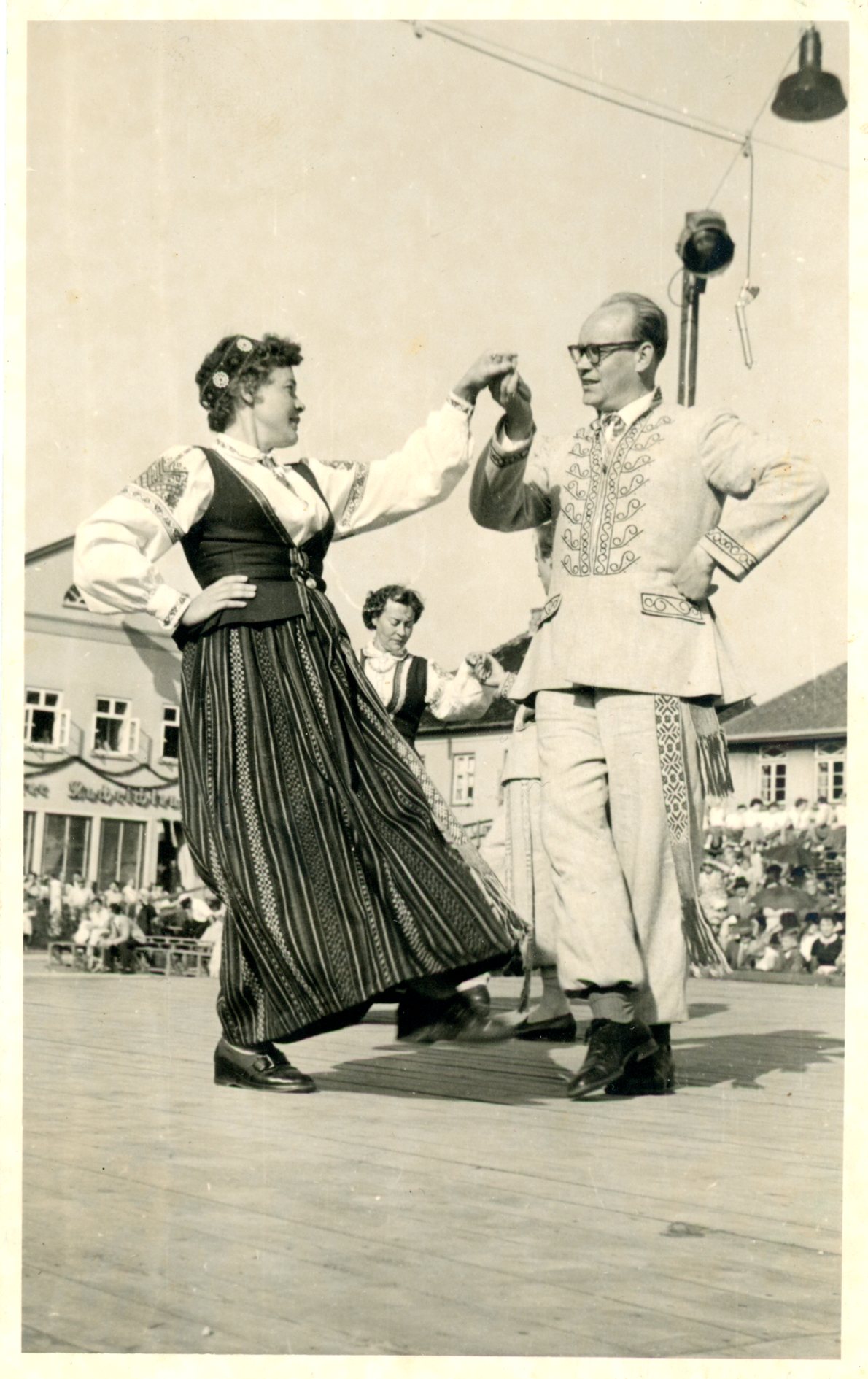 Photo:
A. Gāters dances folk dances. Non-state, Germany. 1956
During the visit of A. Gāters in the 7th ward of "Elim" hospital. 1968
A. Gāters near the river Wakenica, Lübeck. 1984
Photo and letters from A.Gāter's family archive. Materials from Kristīne Balode's creative research work "The Fate of My Family and Home".