"(NE) Obedient stories for little ones"

Gulbene Region Library is launching the project “(NE) Obedient Stories for Little Ones”, the aim of which is to promote the availability of the latest children's original literature in Gulbene Region, especially in Lejasciems and Stāķi, to introduce Gulbene Region readers to the latest original works by Latvian writers.

The project was named “(NE) Obedient Stories for Little Ones” because by learning children learn different skills, learn to live and cooperate, develop imagination and imagination. The name is inspired by Rebecca Lukošus' book about the disobedient grandfather.

On February 25, the children of Gulbene kindergarten preparation groups 2 and 3 will meet with the new writer Signi Viškis. Signe Viška is an author and translator of the latest generation. In 2021, the publishing house "Liels un mazs" published its debut in children's literature, a picture book "Kate, who wanted to become a grandfather". 2021 Her translated book for children, "The Day When We Broke the Internet," was also published. 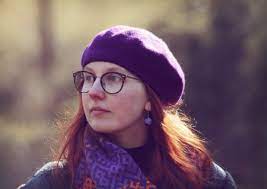 The project has received support from the State Cultural Capital Fund.