Celebrating the 90th birthday of the outstanding actress, Antras Liedskalniņa from the county , on October 22 at 18.00 In the Gulbene County Library we invite you to a meeting with Jānis Siliņš, Professor of the Latvian Academy of Culture, Head of the Eduards Smiļģis Theater Museum.

The popular and beloved actress Antra Liedskalniņa was born in “Stūrā”, Jaungulbene parish, and studied at Gulbene Secondary School. In 1951 she was admitted to the Theater Faculty of the Latvian Conservatory, in 1955 she became an actress of the National Theater. Books written about her, many still remember her vivid role, which may have been present at the artist's anniversary party in Gulbene on October 4, 1980 - each of us has our own memories, a different idea and story about the Second Liedskalniņa.

The number of places is limited, please apply in advance by phone 64471460 or e-mail inese.kaleja@gulbenesbiblioteka.lv

During the event, all current national safety regulations will be followed.

The information was prepared by:
Inese Kalēja 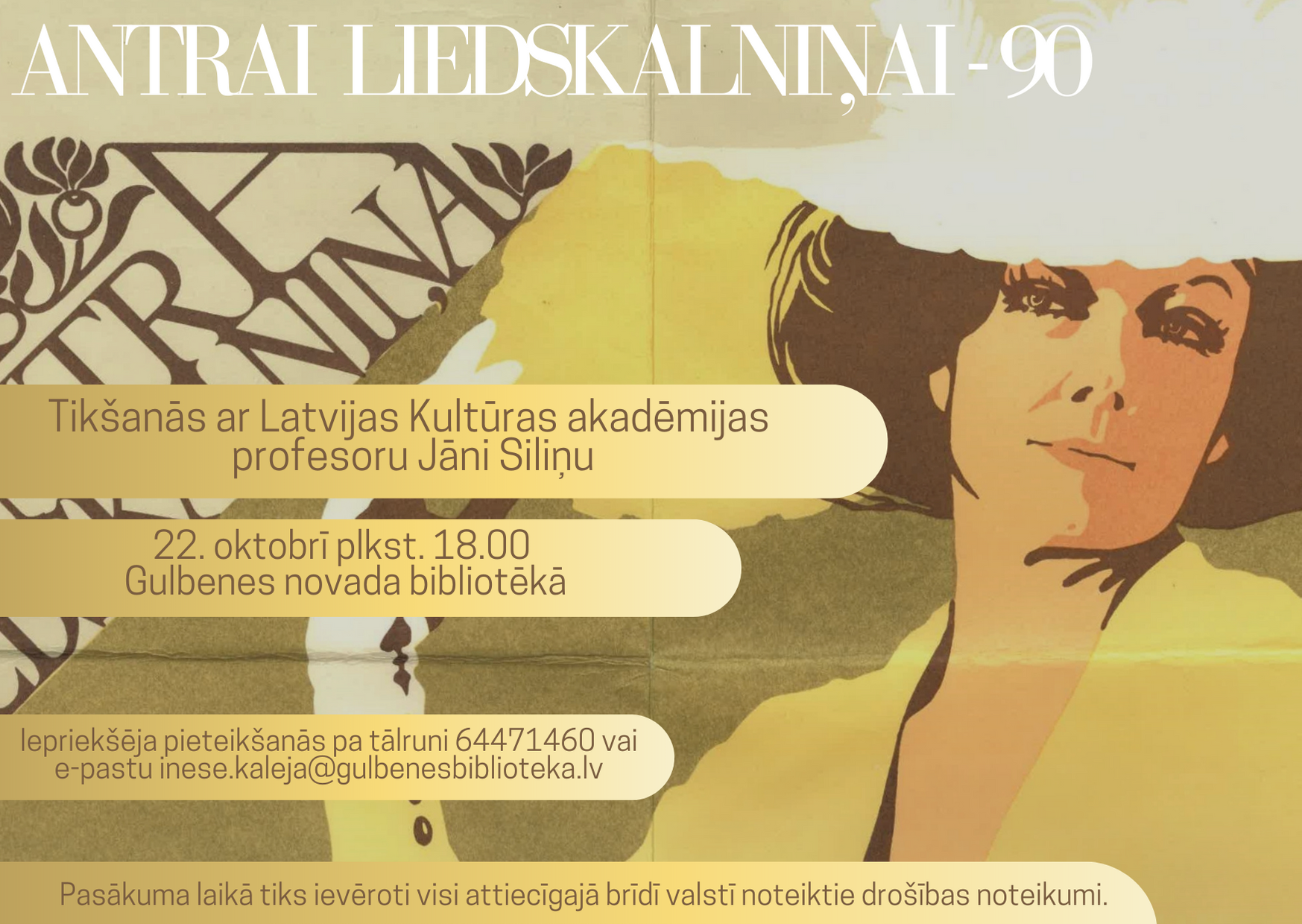