The Europe Direct center in Gulbene was inaugurated on 23 September. This time the event organized by Gulbene district library took place in an unusual environment - in an outdoor tent.

A mini-quiz was played at the event, in which those present showed excellent knowledge of European Union topics. There was also a photo contest organized by Europe Direct in Gulbene “By bike with a friend! "Awarding of the winners of the European Mobility Week. The aim of the competition was to popularize examples of good practice and to promote the placement of high-quality bicycle parking places in public places and the development of bicycle culture in Gulbene and Alūksne counties. Contestants were asked to submit photos with good examples and asked to answer questions - what should be improved in your city / parish to make them more cyclist friendly? The winners of the competition were determined by lottery, Vanda Jurita Markova, Dace Lubāne, Līga Nagle received the Gulbene Prize. Some of the submitted photos can be viewed on the home page of the Gulbene County Library and on Facebook @EDGulbene, where you can also read the observations and suggestions of the competition participants for the improvement of the bicycle infrastructure.

In the second part of the event, musician and songwriter Kārlis Kazāks and cellist Undīne Balodi gave a concert. The concert was perfectly complemented by Kārlis' colorful stories about language dialects, which he has experienced while going on bicycle tours and expeditions around Latvia, creating a series of television programs "Hear the Voices with Kārlis Kazāks".

Personal thanks to Uldis Donuks, Edite Silkena, Alice Rubene-Dune for help to make the event a success! Thanks to Valters Svetlovs for running the event!

On 1 May 2021, more than 420 EUROPE DIRECT centers were set up across Europe under the auspices of the European Commission, with the main task of informing about current European Union issues and creating links between EU institutions and citizens, in cooperation with local organizations, institutions and businesses. activities and projects to explain EU issues.

Europe Direct Center in Gulbene covers both urban and rural areas, organizing activities for various target audiences - educational seminars, online events, discussions, training, classes for children and young people, workshops, competitions, European cultural evenings, for example, Finnish poetess Heli visited Gulbene in September Laksonena. In the summer, bicycle trips “By bicycle on the Green!” Are organized, and in September a discussion was organized for the population on current topics of the European Union within the initiative “Conference on the Future of Europe”. At the end of the summer, an external seminar on creating natural-style gardens took place. We remind you that participation in all events and activities is free for residents!

We look forward to seeing you! 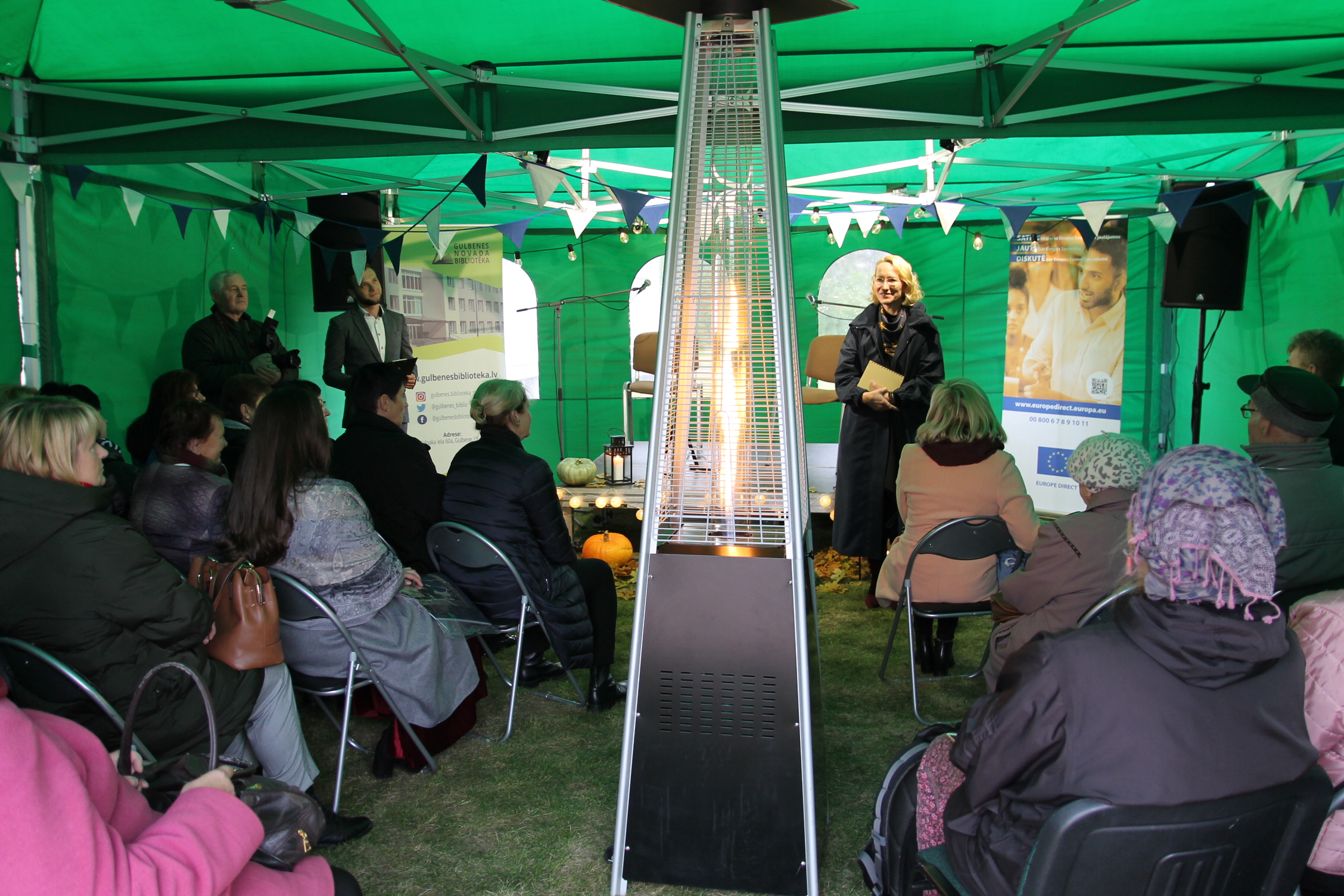